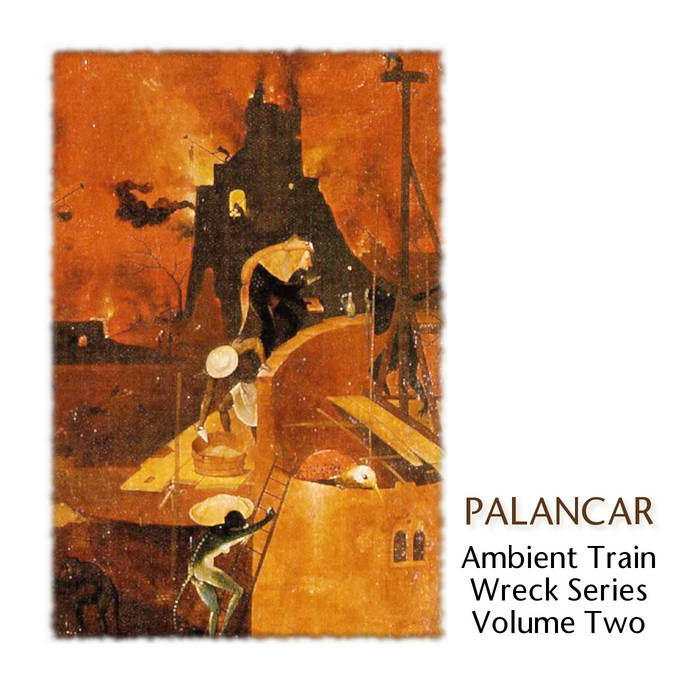 Palancar, aka Darrell Burgan, is the kind of person that is good at everything he does; composing, performing, designing, programming, parenting, and the list goes on. Darrell just has a golden touch and is as solid a human being as they come. That is why, we are proud to announce the return of Palancar to our humble net label with his sequel to our inaugural release at Ethereal Live, "Ambient Train Wreck Volume 2".

Ambient Train Wreck Volume 2 is three splendid live performances from the summer of 2006. These pieces were recorded on Darrell's former radio show "Blue Water Drift Dive" on stillstream.com. Darrell is an incredible live performer and improvises a lot within his works. He says in the liner notes, "Everything you hear in these performances is live and untouched, except for the mastering of the recording itself, and fade-in/fade-out at the ends of the excerpt." Thus, the pieces we release today are essentially the exact live experiences as the original performances.

Listeners will find three deeply immersive ambient excursions on this release. These well crafted performances span a beautiful array of sounds and styles within the ambient kingdom. Passages in each track will sway from introspective to extroverted, from dark to light. Long dense drones underlay the foundation of each performance with layers of percussive darkness, distant spaces, and hints of electronica scattered throughout. Fans of drone, dark ambient, experimental, and meditation should be sure to give this release a spin.

All material by Palancar Copyright © 2004-2012 released under a Creative Commons license for free non-commercial use under certain conditions. BY/NC/ND